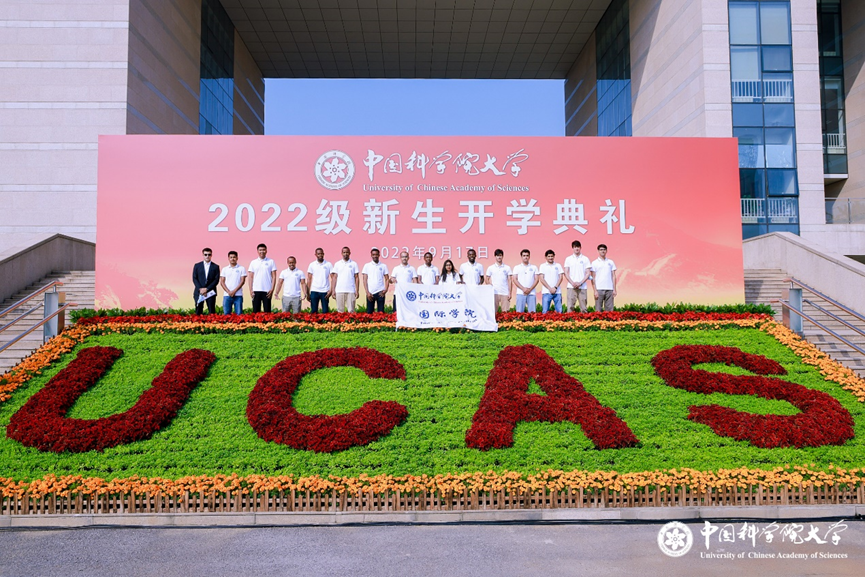 On the morning of 17th September, 2022, the opening ceremony for the new academic year at the University of Chinese Academy of Sciences (UCAS) was held in front of the library building at Yanqi Lake West Campus. Students and faculty from the International College attended the ceremony and took photos at the place nearest to science and the scientists. 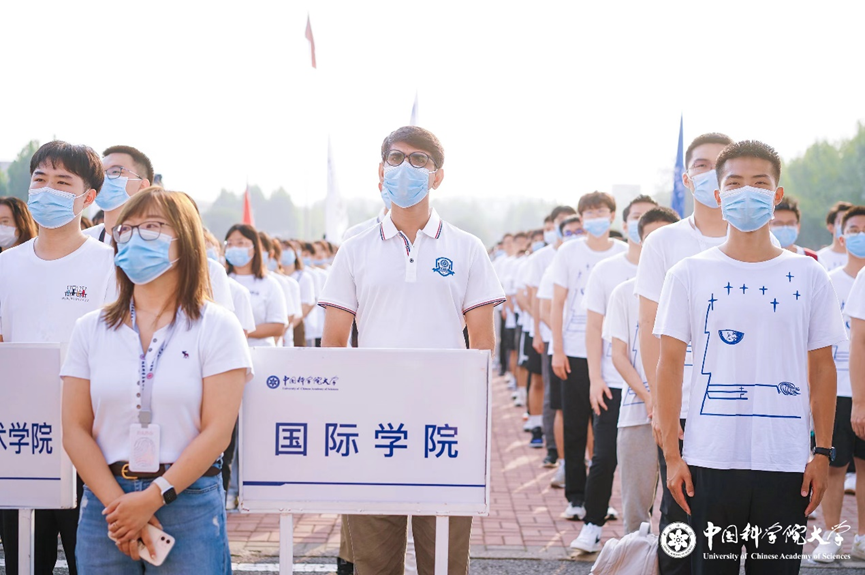 Aiming to help international students better adapt themselves to their campus life, the International College held two lectures in the auditorium hall of the library right after the opening ceremony. 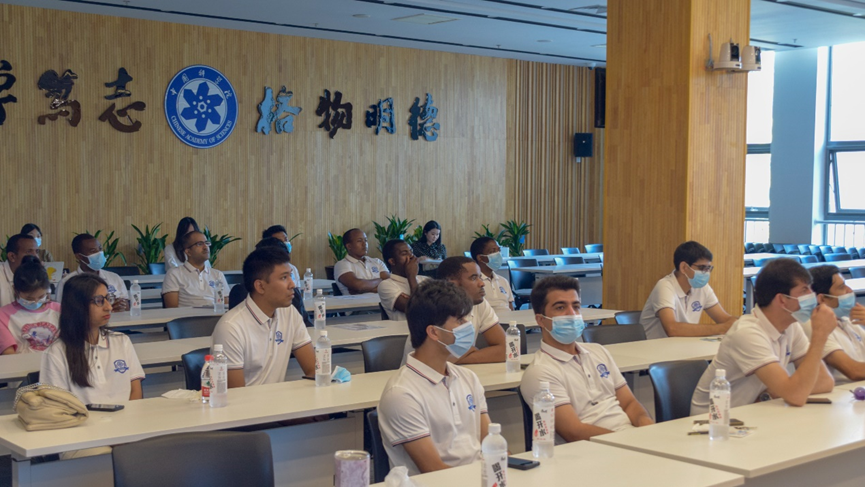 After a brief introduction, Mr. Zhang Hailong, the director of Huairou Police Station of Beijing Municipal Public Security Bureau, delivered a speech on safety and gave the students a few reminders from accommodation registration to staying away from drugs. Mr. Zhang mentioned that international students should abide by Chinese laws, especially the Exit and Entry Administration Law of People’s Republic of China, respect China’s customs and follow the administration of UCAS and government organs during their stay in China. It’s also worth mentioning that Mr. Zhang called for the attention to the validity of students’ visas. At the end of the lecture, Mr. Zhang wished the students all success during their stay in China. 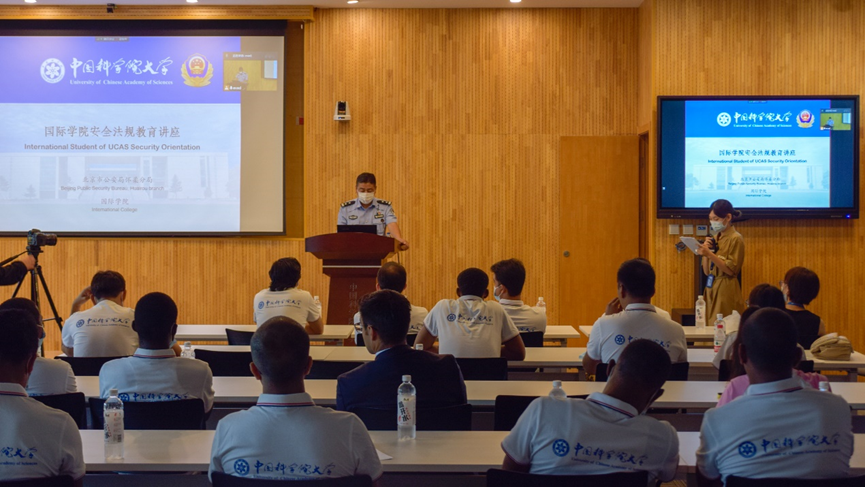 How to Use Library

At the invitation of the International College, the school librarian Ms. Dong Yujia addressed on how to use Library. During the lecture, Ms. Dong gave a detailed introduction of the library’s facilities, online resources, etc. and showed the students around after the lecture. 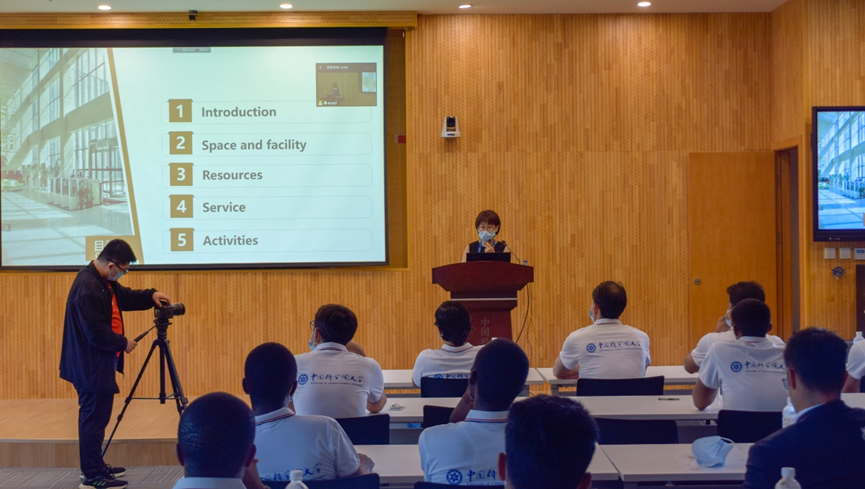 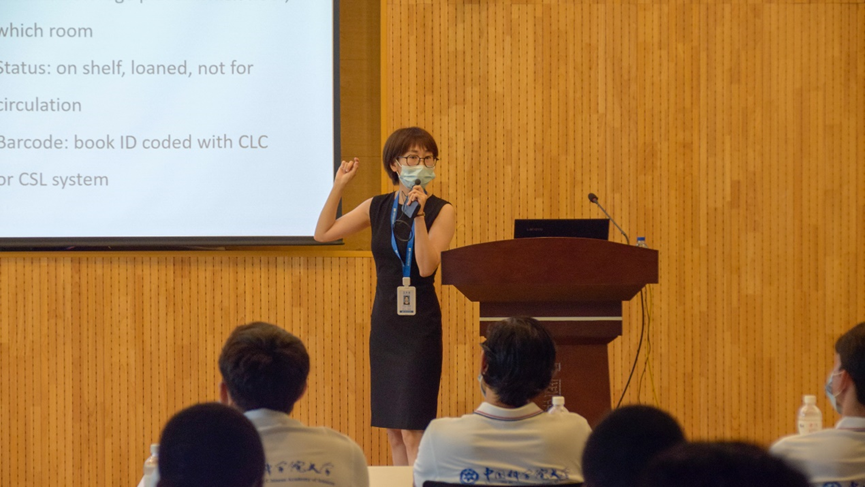 Starting from the the library’s building shape, which resembles siheyuan, a kind of representative Chinese residence, Ms. Dong went on to explain the Chinese characters written in seal script, an ancient Chinese writing style, which are finely engraved on the hall’s two walls. Those characters remind students of the ethos of the Academy of Sciences(CAS)-- “practicality, truth, cooperation and innovation”, as well as the motto of UCAS--“knowledge, devotion, wisdom, virtue”. Looking upwards, students were amazed by over 100 institute flags hanging above. 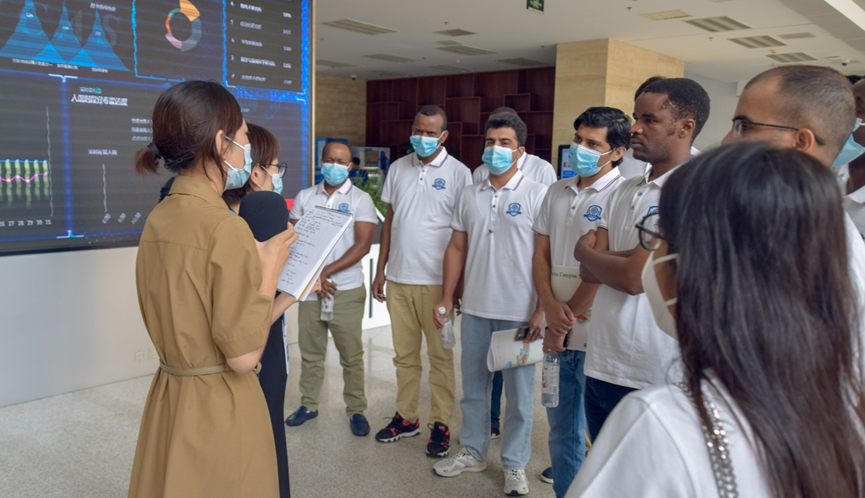 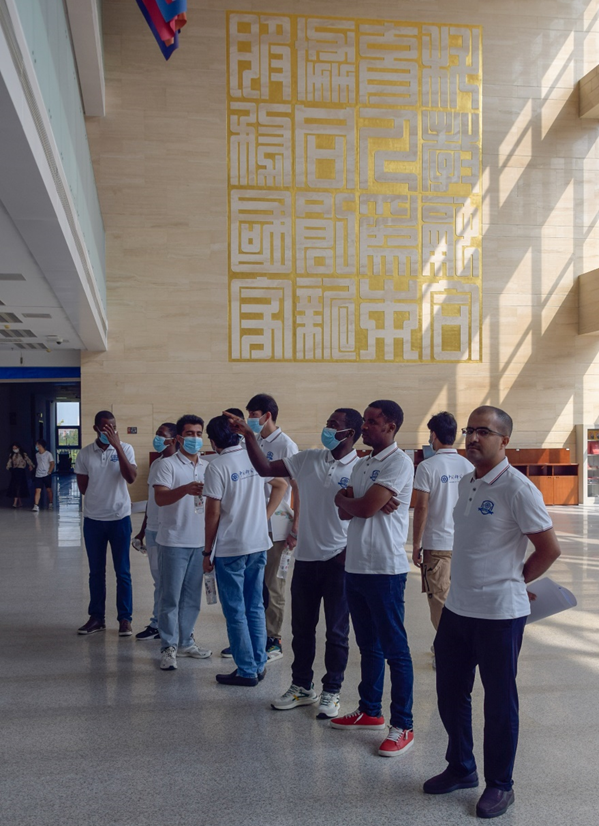 Then, Ms. Dong showed the students the computer room, discussion room, training room,  lecture hall, etc. on the first floor. While passing by the leisure area, Ms. Dong stopped at the reading pavilion and a moveable silent booth beside it where students can read Chinese classics inside. She also showed the students how to use the self-service printers there. 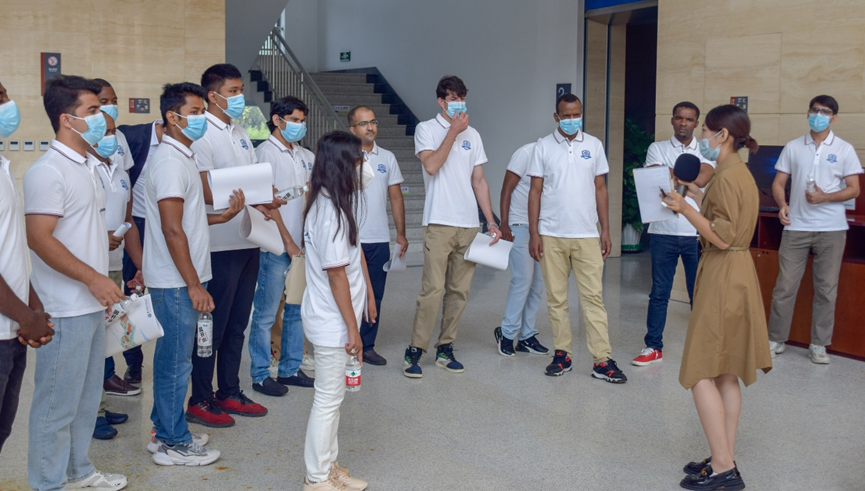 After that, students were led to the reading room donated by Celebritiesat the corner of the second floor. The first is the reading room of Cheng Siwei, who donated almost two thirds of his books to the school library. As the Father of Venture Capital, Cheng used to be a chemistry engineer, but he changed his major into economics and management when studying abroad. He is the former dean of the Institute of Management of the Graduate University of Chinese Academy of Sciences, the predecessor of UCAS. 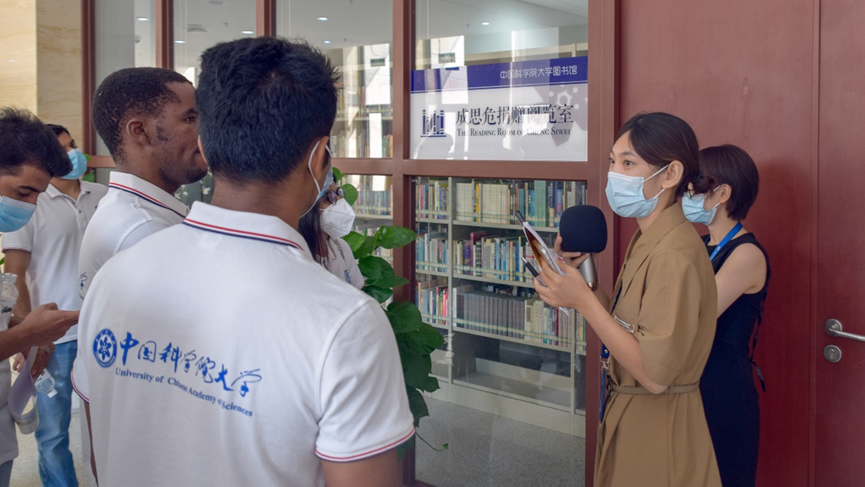 Next to the Reading Room of Cheng Siwei is another one houseing books donated from many other professors and academicians, including Professor Li Pei, the rose of CAS and the “mother of China’s applied linguistics”. Hearing the story of Li Pei and her husband--Guo Yonghuai, a scientist who devoted his life to the course of “Two bombs, One Satellite”, the students were deeply touched.

Going upstairs, Ms. Dong introduced to the students the third floor where they can borrow books on self-service machines and read English magazines including the National Geography, Washington Post, the Economist , etc.

At the end of the tour, Ms Dong said that she really hopes that students can make good use of the resources  and enjoy their stay in UCAS.

The beginning of an academic year marks a fresh-new start for students. Thanks to the orientation day, students of the International College are now more confident to embark on the journey towards science and embrace their campus life with the beautiful Yanqi Lake.