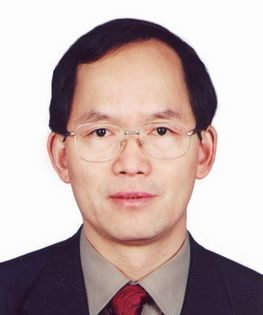 The current and future environmental changes, shaped by the dynamics of cryosphere, atmosphere, hydrosphere, in the Tibetan Plateau and surroundings have significant impacts on the lives of more than 1.5 billion people living in the region. Major changes are taking place in this region under global warming. Prof. Yao with his group has dedicated to studying environment changes on the Tibetan Plateau. He has validated stable oxygen isotope (?18O) in precipitation as temperature proxy, and found that ?18O represents local atmospheric processes in the northern Tibetan Plateau and represents large-scale oceanic processes in the southern Tibetan Plateau. He has led more than a dozen of expeditions to drill ice cores on the Tibetan Plateau. His study of ice core records using proxies such as stable oxygen isotope has revealed climate and environment changes on the Tibetan Plateau, and found that the last 30 years was the warmest period since 1900AD, and the last 100 years was the warmest period in the past two millennium. He has conducted large-scale in situ observation, analyzed satellite images and remote sensing data, and applied numerical modeling to glacial fluctuations on the Tibetan Plateau. His study throughout the Tibetan Plateau has revealed three modes of the interaction between the westerlies and Indian monsoon that resulted in the westerlies mode in the northern Tibetan Plateau, Indian monsoon mode in the southern Tibetan Plateau, and transition mode in the central Tibetan Plateau. Such a unique circulation pattern bears directly on the glacial status over the Tibetan Plateau and its surroundings under current climate change. His study thereof found the largest retreat of glaciers in the monsoon mode dominated southern Tibetan Plateau, moderate retreat in the transition mode dominated central Tibetan Plateau, and the least retreat, or even slight advance in the westerlies mode dominated northwestern Tibetan Plateau. He thus proposed the enhancing westerly against the weakening summer monsoon as the major driver of current glacial status in the Tibetan Plateau and its surroundings. These scientific results have produced more than 200 publications in international journals, including Science, Nature Climate Change, Review of Geophysics, and PNAS. His publications and total citations rank the first in the international Tibetan Plateau research communities. His paper about three modes of stable oxygen isotope in precipitation is the cover story of Review of Geophysics (Volume 51, Issue 4, 2013). His paper about ice core environment record was selected as research highlight in Nature (doi:10.1038/nchina.2008. 265). His research of glacier fluctuations published in Nature Climate Change was reported in Nature (doi:10.1038/nature.2012.11010). Nature (Volume 454, 2008) acknowledged Prof. Yao as the pioneer of the field and was “among the few researchers persevering in difficult field conditions to gather data on the plateau’s past climate history”. Science (Volume 334, 2011) highly appraised his research as “best example of activities which address questions of environmental change at high elevations”. His road to becoming an internationally recognized glaciologist was the feature story in Nature (Volume 472, 2011).