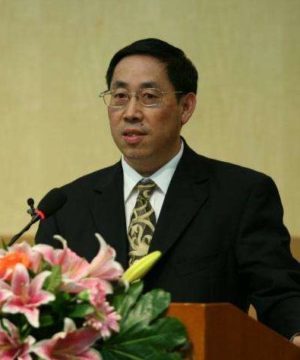 His research works got support from the National Science Fund of China for Outstanding Young Scientists. He was rewarded as the Distinguished Scholar conferred by the Ministry of Sciences and Technology, Ministry of Education, etc, of P.R. China. His work won the State Natural Science Award of China.

His achievements should be important for exploring the basic laws of nature and probing the fundamental structure of matter. He has been invited to present plenary talks in the international conferences and workshops. In fact, he has organized and chaired several important international conferences and workshops, some of them have become the series ones. He has published two proceedings books and invited to serve as the member of editorial board of several international and domestic journals.

His research works were supported by the key projects of National Sciences Fund and Chinese Academy of Sciences. In 1996, he won the national science fund for outstanding young scientists. In 2000, he got the support from the CAS program of Recruiting Outstanding Overseas Chinese. In 2003, he was awarded as the returned distinguished Scholar by the six Ministries of government including ministry of sciences and technology etc. In 2005, he won the state award of National Natural Science Prize.